Aregak Bakery & Cafe is a project of the Emili Aregak Centre (EAC) of Armenian Caritas, Gyumri’s support and resource centre for youth with disabilities between the ages of 2 and 18. ​​Established in September 2018 as the first inclusive and barrier-free bakery/coffee shop in Gyumri, Aregak was co-financed by the European Union, the Austrian Development Cooperation and Caritas Austria.
​
The idea of Aregak Bakery & Café grew when EAC staff saw that there were few opportunities in Gyumri for young adults with disabilities. After receiving therapy, support and guidance at Emili Aregak Centre, these young adults often struggled to find a niche in the Gyumri community. Physical barriers, including inaccessible workplace facilities and transportation options, and cultural/attitudinal barriers, including stigma, poor education and lack of training, usually obstruct their entry into the labour market. ​

Read on or watch the video below to learn more about the history and development of Aregak Bakery & Café!

Construction on Aregak Bakery & Café began in 2017. An abandoned storefront on Gyumri’s historic Abovyan Street was selected as a prime location for the project. In alignment with the disability rights mantra “Nothing About Us Without Us,” young people from the Emili Aregak Centre aided in construction efforts and disability rights leaders consulted the staff on ways to optimize accessibility. ​​​
Aregak Bakery & Cafe officially opened on September 14, 2018. The opening was a great success, attracting over 200 guests, including locals, ambassadors and dignitaries, as well as a large media presence. Since then, Aregak Bakery & Café has become a robust, renowned and beloved Gyumri attraction for both locals and tourists alike.​ 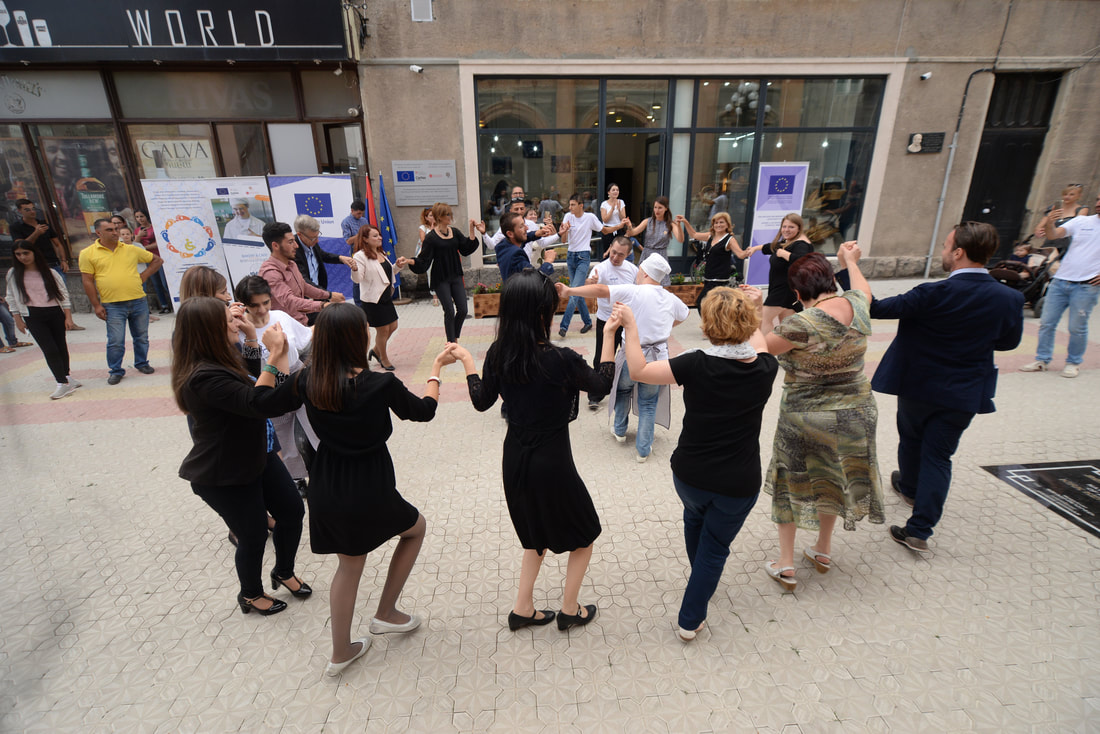 Where We Are Today

Aregak Bakery & Café aims to break down barriers by raising awareness of the rights of people with disabilities (PWD) and modeling inclusive employment practice. We have trained more than 15 bakers and baristas, and currently employ eight young adult PWD and four mothers of PWD. All of our young adult employees with disabilities have participated in and graduated from the course “Nine Steps to the Labour Market,” a multifaceted programme run through the Emili Aregak Centre that equips PWD to succeed in the workplace. ​ 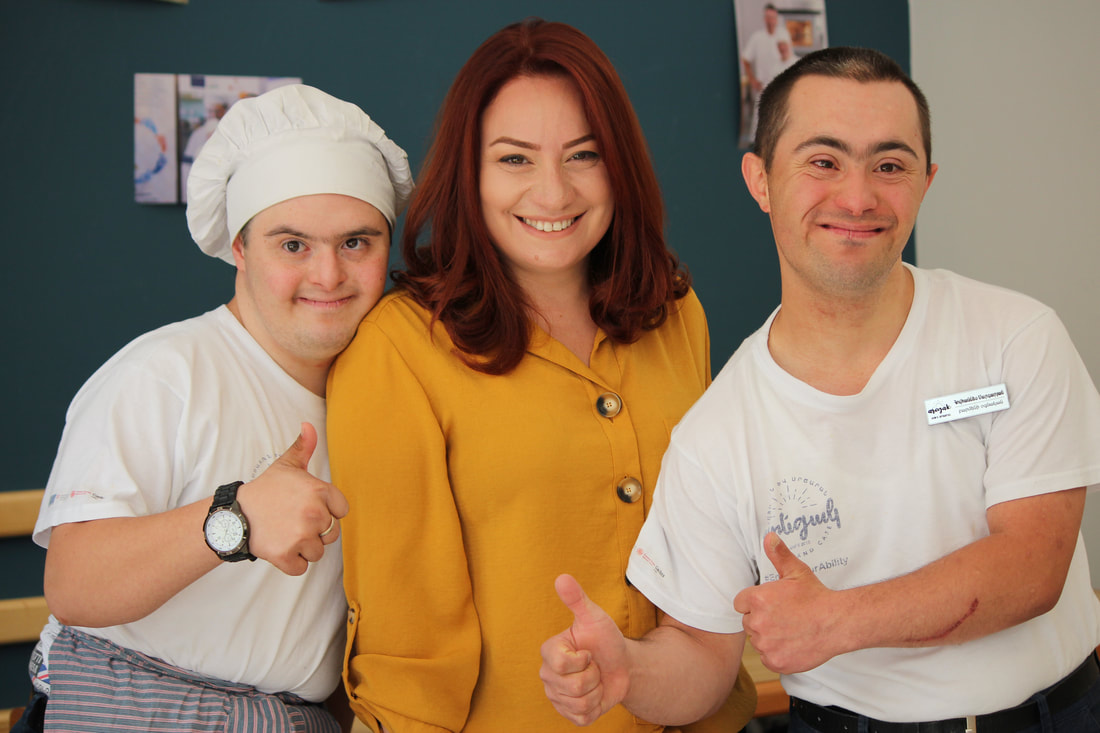 View our photo gallery
Powered by